Call us biased, but print is pretty great. The history of print runs parallel with the history of civilization. It’s been an integral part of our development as a species and has proved to be a key contributor in spreading culture across the globe. Talk about credentials!

We have striven for new and inventive ways to speed up and mechanise the print process for roughly 1,400 years, from the creation of woodcut print to the modern-day techniques of digital printing. To give you more insight into how far print has come, we invite you to join us on a journey through the ages with this brief history of printing!

Woodblock Printing is vintage printing at its best! It’s credited as the earliest form of printing and was first developed in China around 200AD.

As the name suggests, it involves carving a design into a block of wood. Once the wood is carved, the raised part is then inked and paper (or fabric, as it was) is placed on top. The ink is then transferred by applying pressure to the back of the paper either manually or with a press to create the image. The remaining woodcuts are used to produce both decorative artwork and lettering. Very crafty!

The invention of printing was revolutionary. It was the first time in history when a design could be created and then accurately and quickly replicated. Interestingly, Woodblock Printing wasn't popular in Europe until the 1400s, despite being developed in China some 1,200 years earlier. Behind the times or what! 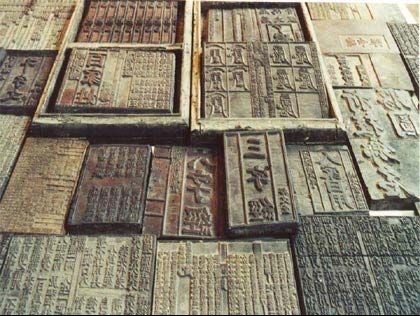 Created by Bi Sheng in Song Dynasty China, Movable Type is similar to Woodcut, although this particular technique was used specifically for printing script.

Before Movable Type, lettering had to be written out in full, whereas this technique allowed individual letters to be configured and placed together in any order. The tiles or tablets used to create the print were first made from clay, before wood and metal were introduced for better clarity and a more resilient finish. 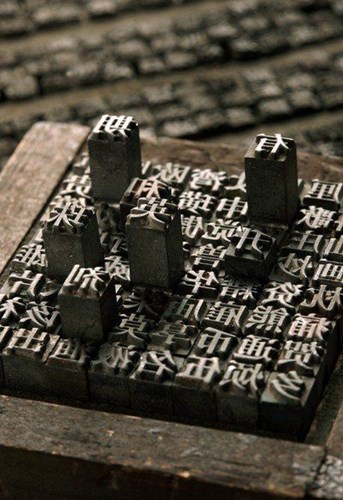 Johann Gutenberg is perhaps the most important person to feature in the evolution of print. He was responsible for the invention of the Printing Press, an innovative method that built on techniques such as Movable Type but consolidated them into one device that could be operated by hand.

The effects of the first ever Printing Press were huge. It rapidly increased the speed at which printed materials could be produced, which meant that printed texts became widely available and were no longer just restricted to the wealthy. Lower class lifestyles improved drastically following its introduction to England, as people gained access to a new wealth of knowledge and could educate themselves through reading. 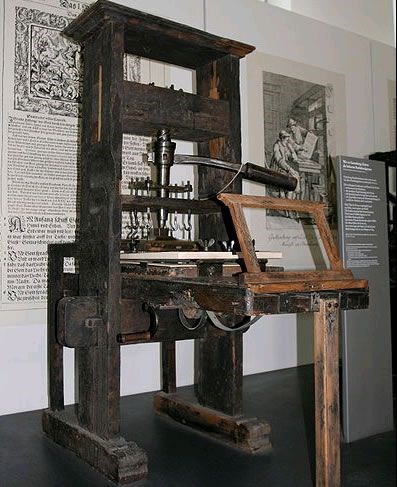 The very first book to be mass produced was ‘The Gutenberg Bible’ in 1455. The method used to do so was Moveable Type and around 180 copies were printed. This may seem small in comparison to today’s standards, but considering there were only around 30,000 books in the whole of Europe, it was a fair old run! 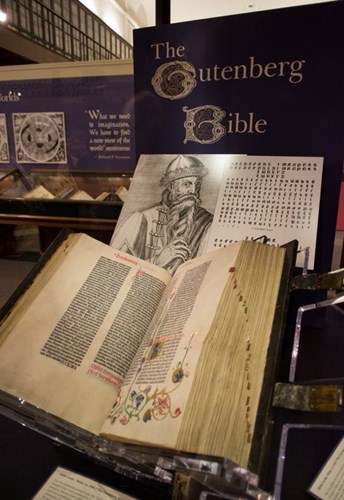 Etching was used in the Middle Ages to decorate metal arms and armour, and later down the line it was applied to printmaking by the German craftsman Daniel Hopfer.

The process involves making prints from a metal plate, which is usually either copper or zinc. The plate is coated in an acid-resistant substance, commonly referred to as Etching Ground, before it’s drawn on with a sharp tool. The plate is then placed in the acid which removes the areas not protected by the Etching Ground. This creates recessed lines which hold the ink.

To finish off, the plate is placed on paper and sent through a press to create the print. 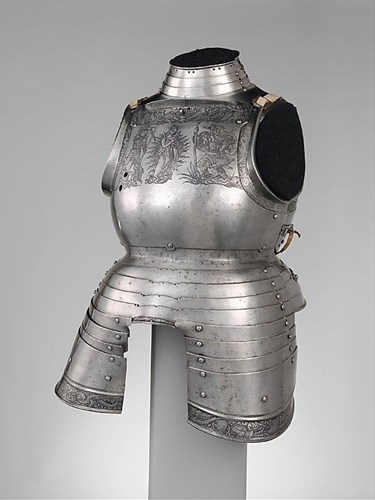 The next evolution of print media, Lithography, is a technique which is still commonly used today.

It revolves around the relationship between oil and water, which repel each other. An image is drawn onto limestone with an oil-based medium such as a wax crayon. The stone is then covered in a solution of Gum Arabic, which is a natural gum made from the sap of an acacia tree. Using lithographic turpentine, the solution is then removed which allows the ink to take only where it’s required. 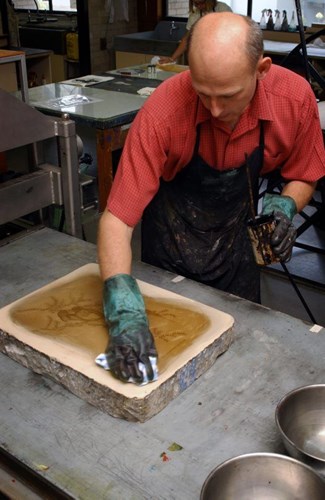 Invented by Richard March Hoe, the Rotary Press was the natural successor of the Printing Press. It worked by using cylinders which the images to be printed were curved around. This was a lot faster than the first ever printing press and allowed for paper to be continuously fed through the press. 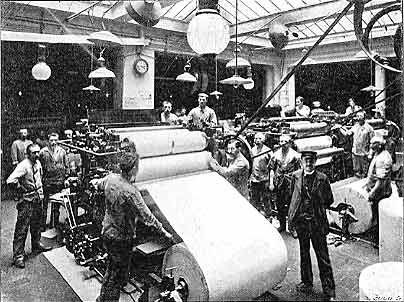 Although it was developed almost 150 years ago, Offset Printing remains almost unchanged today and is the most popular way of printing large runs. It works by transferring the ink from a plate to a rubber blanket and then to the printing surface.

It’s commonly used today in combination with the Lithographic process to produce large runs of magazines, posters and other large format prints. 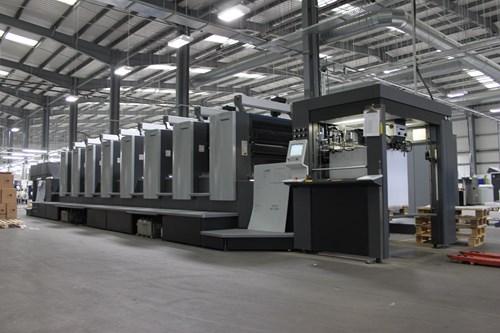 Screen Printing was invented in China during the Song Dynasty between 960 - 1279AD, but it didn’t take off in Europe until the early 1910s when silk stock became more widely available.

The technique involves pushing ink through a mesh stencil onto textiles or paper. It’s a popular technique used often for t-shirt printing. 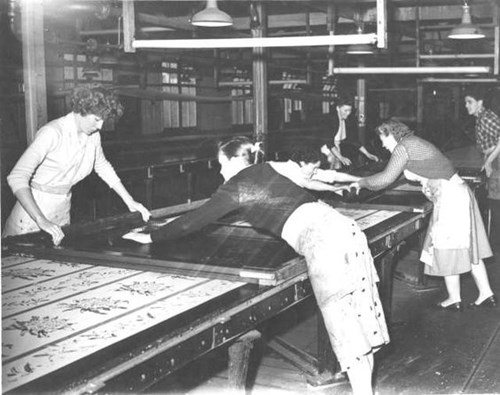 Thanks to Inkjet Printing, direct contact with paper is no longer required. Ink can now be applied by spraying it through jets. Fun! 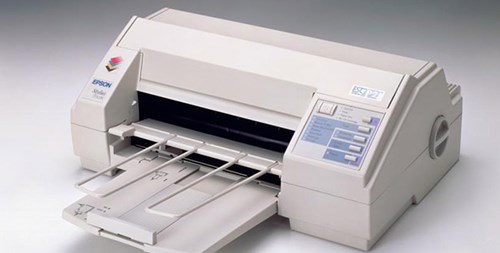 Once jets came into play, the printing field was wide open. Enter Laser Printing. This advanced method produces high-quality images by passing a laser beam back and forth over a negatively charged cylinder within the printer. It then collects electrically charged powdered ink to transfer the image to the paper. Whoa! 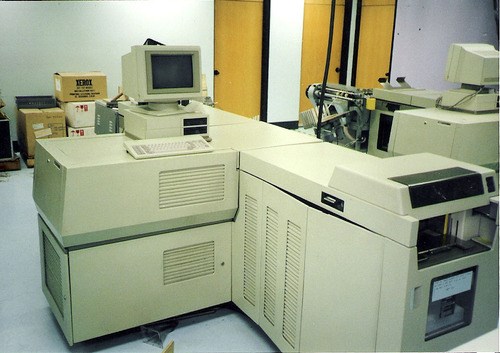 In the dawn of the digital age, printing got faster and more easily accessible to everyone. Digital Printing made it possible to print straight from a digital file – and all from the comfort of your own home! 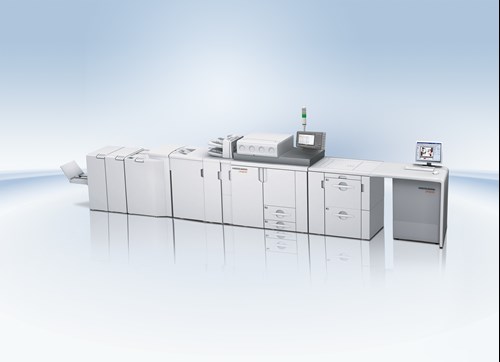 Which brings us back to the future! As you can see from our brief history of printing, print has come a long way since the first ever printing press - but there’s so much more to come! With technical advancements coming thick and fast, there’s a lot to be excited about, especially the marvel that is 3D Printing! But that’s for another time…