Our Thoughts on the SME Census

A little earlier on in 2016, we commissioned a survey to get a little more insight into the habits, trends and psyche of Britain’s small business owners. We started out as a small business in 2009, and wanted to see what the landscape looks like now. What we found made for interesting reading…

At the moment, the phrase is one that’s used more for a non-descript soundbite, but it appears that for small business owners, Yorkshire and the Humber really is the place to set up your business if you want it to last. The region’s SME owners have on average run their businesses for 112.87 months, way out in front ahead of its nearest competitor Northern Ireland, where on average small business ownership is 93.07 months. Yorkshire’s figure is over double the duration of a number of regions including the South West (44.3 months) and London (48.72 months). 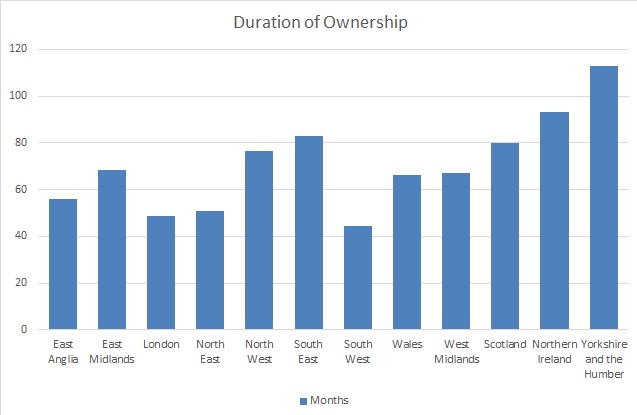 When it comes to the working habits and stress levels of male and female small business owners, it was interesting to uncover the differences. We found that female respondents worked an average of 10 hours less per week than their male counterparts. On average, they have also owned their businesses for a considerably shorter amount of time, 53.7 months as opposed to 84.43. 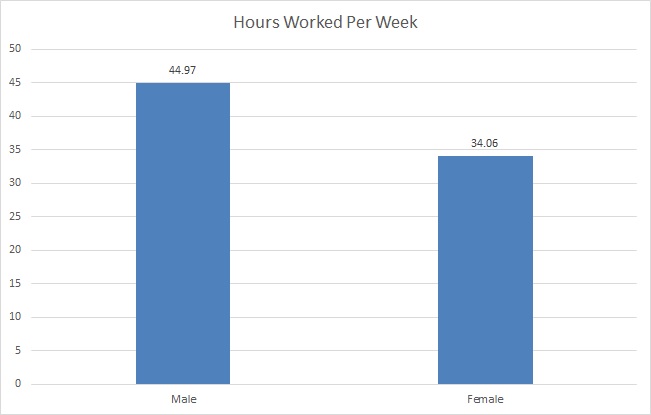 It seems that this reduction in hours in the office and months spent as an owner goes hand in hand with a difference in stress levels. 59% of our male respondents reported being stressed, while 43% of women feel under the cosh.

It turns out investing so much time in making sure a business takes off, stays afloat, and then grows, doesn’t exactly leave you with a surplus of free time. We found out the things that small business owners feel that they’ve missed the most by running their own companies. The most common sacrifice was family time, claiming 45.8% of those polled, 45% felt that they missed out on holidays, while 40% suggested they were lacking in personal and leisure time. Most concerning was that 40.4% felt that they were missing out on money by setting up and running their business, alongside this, more than 20% are willing to put their health at risk for work, missing a medical appointment because they couldn’t tear themselves away from the office. 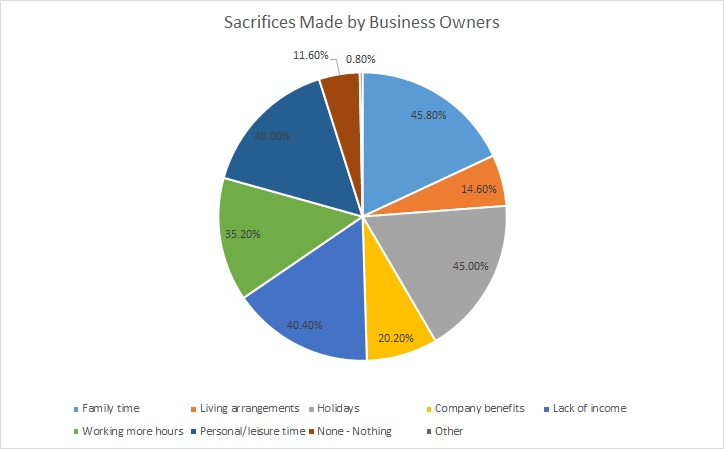 Setting up a business can be a testing experience, owners are forced to fling themselves headfirst into the project, and it can get a little overwhelming. We found that high levels of stress go hand in hand with business ownership. Over half of our surveyed business owners admitted that they are more stressed as a result of running their business. This was aligned with the fact that 48.4% are worried by their personal finances, and 34% that their business won’t succeed.

One of the reasons why entrepreneurs start up their own businesses is to go it alone and be their own boss. So is it really worth all of the sleepless nights, stressful hours and anti-social behavior? There was a fairly unanimous response from our surveyed owners. 75% are happier in charge of their own business, and a similar number wouldn’t turn back the clock and return to employment. What is even more refreshing is that 77% are feeling positive towards the future of their business. At the end of the day, we think that’s what makes it all worthwhile. 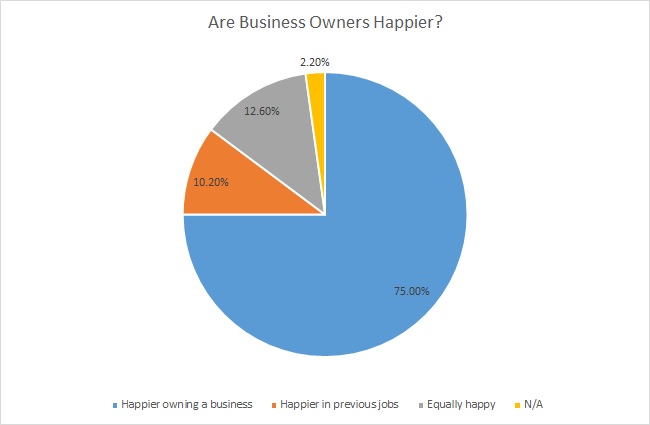 How do you relate to the findings from our survey? Do you agree with the stats or have you found your experience as a small business owner to be different? Let us know!

Hi, I'm Yasmin, the Sales Manager at instantprint. My main aim is to support businesses to create the best print possible by offering tailored advice and quotes.