Posters are a powerful marketing tool which, when used right, can help to strike a chord with your audience. However, there are times when a poster completely misses the mark. This could be for any number of reasons, from an unreadable typeface and no call to action, to information overload or teeny tiny graphics. But the worst sin of all when it comes to massacring a poster design is the over-use of Photoshop.

Bad Photoshop is something we see far too often in marketing, particularly when it comes to movie posters. For every 12 iconic movie posters, there’s a handful of stonkingly bad ones. Whether it’s butchering the stars, airbrushing to high heaven or executing what we like to call ‘floaty head syndrome’, here are our favourite examples of when film poster Photoshop goes horribly wrong…

At first glance, the poster for 2015’s Daddy’s Home isn’t too bad. The two main stars are front and centre, the premise is clear, the font is easily readable and the overall design demonstrates a good use of symmetry to please the eye. But wait a minute… what’s going on with Mark Wahlberg’s right leg? Why does it run off the page? Has he gone all Stretch Armstrong on us? Where’s his foot?!

Other than a fair bit of airbrushing, it’s clear that Sandra Bullock is indeed Sandra Bullock in the poster for 2013’s The Heat. If only we could say the same for the fantastic Melissa McCarthy, who’s been doused so heavily with Hollywood’s magic wand that she may as well be animated! 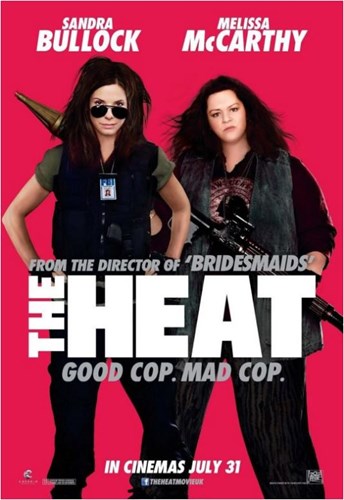 Seriously, who did this to her?! 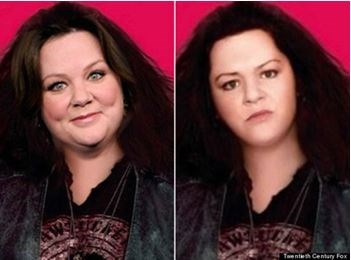 For what is a relatively harmless rom-com, the poster for 2008’s The Accidental Husband has us wincing. First of all, why are Colin Firth and Jeffrey Dean Morgan floating? Secondly; sure, they’re looking up, but has either of them actually noticed that Uma Thurman is plummeting from the sky? You wouldn’t think so from their casual stance or where they’re actually looking. As for Colin Firth’s gigantic hands that clearly don’t belong to him… yeesh! Bad, bad and bad again. 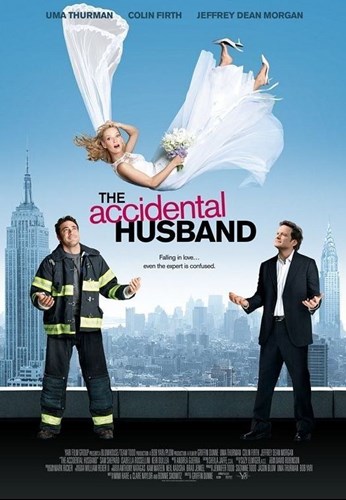 For the most part, the poster for 2010’s Legion is good. Paul Bettany looks up towards Heaven with a glint of heavy determination. His dark angel wings (a signifier that he’s not so pure) are outstretched and he’s poised and ready for reluctantly saving mankind. Had the art department left the poster at that, it wouldn’t be on list. But they had to go and add the over-proportioned, super-shiny gun. Now all of a sudden, Bettany looks like some sort of angel-clad Action Man, complete with toy gun that’s clumsily glued into his hand! 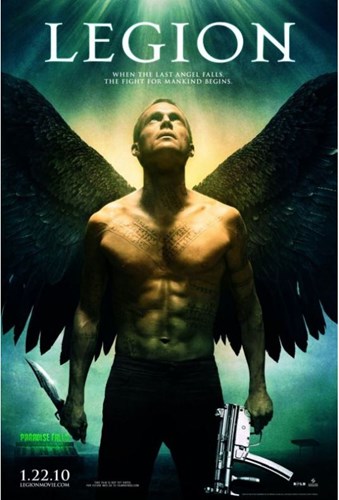 When you’re promoting a film about six people who are supposed to be friends, it’s probably best to at least make them look as though they’re in the same room. The cast of 2011’s Friends With Kids look collectively disassociated on the poster. If you follow their eye lines carefully, not one of them is looking at the person they’re supposed to be looking at. Erm, awkward. 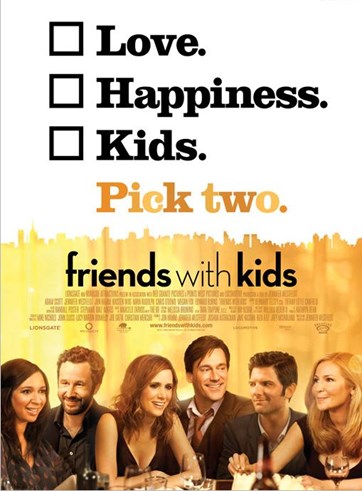 The poster for 2011 comedy, Hall Pass looks completely pieced together. Let’s start with Owen Wilson, whose right arm (which disappears into his pocket) is tiny in comparison to his body. If you look closely at the buttons on his shirt, you’ll notice just how bad the perspective actually is. Then there’s the hand holding the pass. Are you really convinced that it belongs to Wilson? Nope, neither are we! All three stars look suspiciously shiny, as though their heads have been removed from their bodies for a quick clean and polish. As for Stephen Merchant; when did he morph into a Madame Tussauds waxwork? 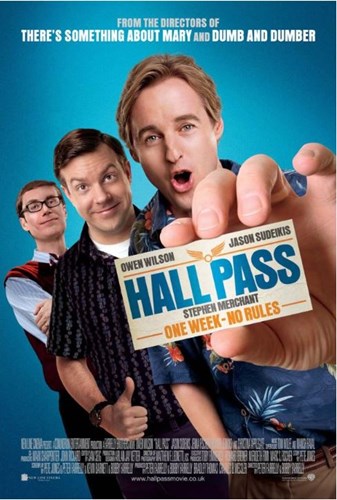 If the poster is anything to go by, it’s a leg/torso free-for-all for the cast of 2004’s The Whole Ten Yards. Are those really Bruce Willis’ legs? Is that even his real head?! Has Matthew Perry been drawn on? And who do those spidery hands belong to? Certainly not Kevin Pollak, who, by the way, is completely unrecognisable and not just because of his costume! 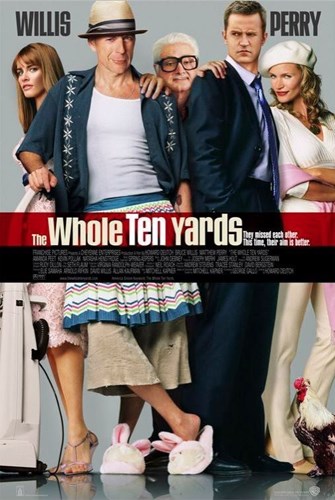 The poster for 2008 assassin movie, Bangkok Dangerous has got to be in the running for the worst Photoshop fail ever. True, they’ve done a great job of making the design look all action-packed and extreme with flames, sparks and random bullet holes. But hang on, isn’t Nicholas Cage supposed to be holding a gun? Has he dropped it without realising? Has he got another one in his pocket? Is that why his other hand is reaching awkwardly inside his jacket? So many questions, SO many clangers. We’ll skip over the fact that the tagline reads ‘It’s all in the execution’! 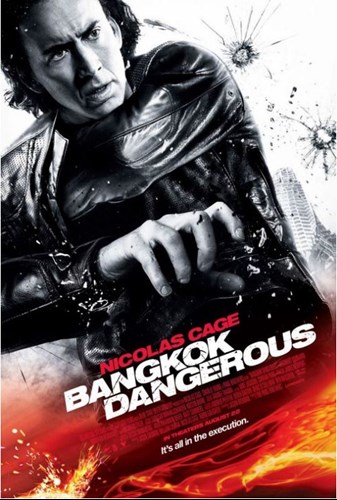 Remember when we touched on ‘floaty head syndrome’? Well this right here is what we meant. You see it a lot in movie posters; when a person’s head appears out of nowhere, quite often in the sky like the giggling sun baby from Teletubbies. This time around it’s James McAvoy’s head, and instead of floating in the sky, it’s hovering in the silhouette of Patrick Stewart’s body. We get that McAvoy plays a younger version of Stewart’s Charles Xavier, but really, this is just weird! 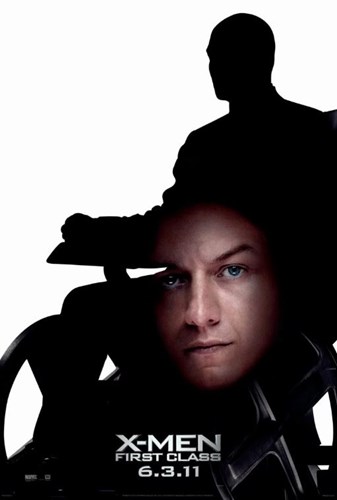 Not a movie, but we couldn’t leave out this 2016 example of how Photoshop can make a royal mess of things. Have you spotted what’s wrong with the poster for uber-popular TV show, Pretty Little Liars? That’s right, Sasha Pieterse (on the left) is missing her left leg. No, this isn’t a shocking plot twist, as many fans thought it was. It's quite possible that someone just got a little too excited when shadowing Sasha’s dress that they accidentally erased her entire leg. Hey, if these posters are anything to go by, it happens! 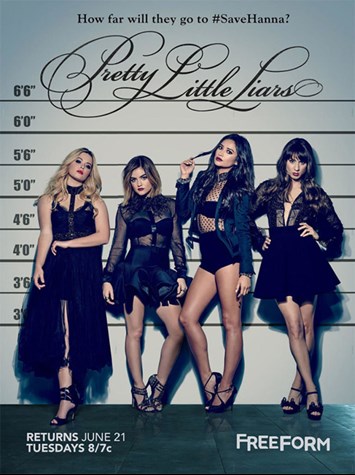 Have you ever come across any posters-gone-wrong? Let us know!

Hi! I’m Laura and I’m the Head of instantprint. I’m dedicated to using my experience to help small businesses make the most out of their marketing.