The English Language is a rich tapestry of obscure phrases and idioms that, well, make absolutely no sense when taken literally in their modern context. However, a surprising number of these everyday sayings can actually be traced back to the printing presses! Here are some common phrases that start to make a bit more sense when we look at them in their original perspective…

We gaze across the channel and back to 1798 to unearth the first uses of ‘stéréotype’. The French coined the word as a ‘method of printing from a solid plate’, until it developed to mean ‘fix firmly or unchangeable’ in a more figurative sense. The Oxford Dictionary doesn’t record its modern connotation of oversimplified and typical characteristics of people until 1953 back in Britain! 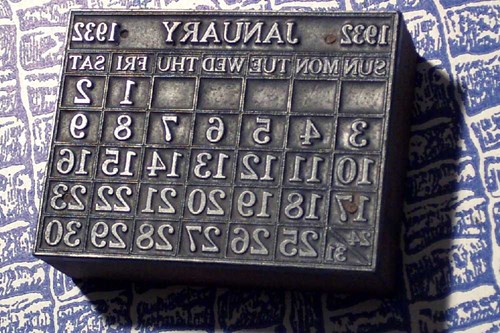 Again stolen from our French friends, cliché originally referred to the solid plate of type metal which was made from a cast. This fixed printing cast is where we find the source of the recent meaning in the English Language, of a fixed idea or phrase which hasn’t changed overtime until it is completely overused and unoriginal. 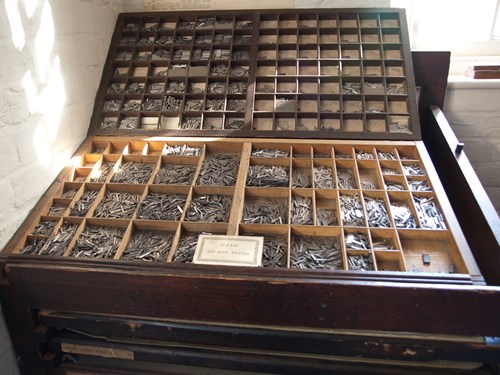 Printers used a ‘dab’ to apply ink onto the letter blocks until they were ready to be applied. Whoever had the job to make sure there was even coverage of the letters with the mushroom shaped instrument was thus graced the title of ‘dab hand’, hence our common use of someone skilled at a certain ability.

Popularised by Shakespeare in Coriolanus, the contemporary implication of this phrase describes going against social norms and practices. Although it was Will who brought this phrase out of the woodwork, it actually derives from cutting wood with the grain to ensure a smooth paper finish. It is much easier to work with and print on paper made by moving with the grain. 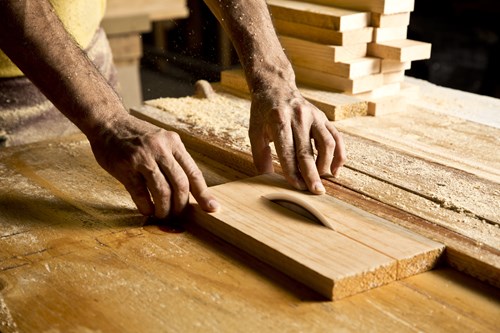 Essential for job interviews and first dates, making a good impression wasn’t always defined as crucial advice to guarantee others have a good opinion of you. Back in the day, the idiom was an instruction to printers to ensure the printing plates and blocks made a good impression on the paper to let the ink soak in.

Hot off the press

Newspapers used to be made by the ‘hot metal printing’ process from pouring molten lead into the printing block moulds. The hot newspapers were then distributed, with the first readers grasping the juicy stories before anyone else, leading to its more common meaning of breaking news stories. 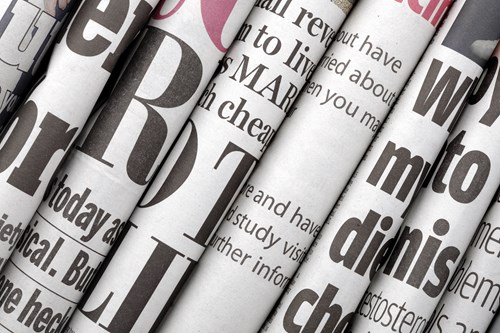 Mind Your Ps and Qs!

Now denoting to minding your manners, the origins of this officious word are hotly debated in linguistic history. One theory is that printers had to warn their apprentices when distinguishing between the backward facing lowercase p’s and q’s which often led to confusion and errors.

Wrong End of the Stick

The Irish Times recently threw another origin into the mix of this idiom. Some hold that the phrase traces back to Roman times before toilet roll was invented, and poor souls fumbling in the dark would pick up the wrong end of the communal ‘lavatory stick’ used for the same purpose. However, the Irish newspaper offered a less crude theory; the ‘stick’ is actually an abbreviation of composing stick, a device used by typesetters to arrange text from individual letters. If the type was set incorrectly, he’d have got the wrong end of the stick. A much cleaner version to tell your grandmother. 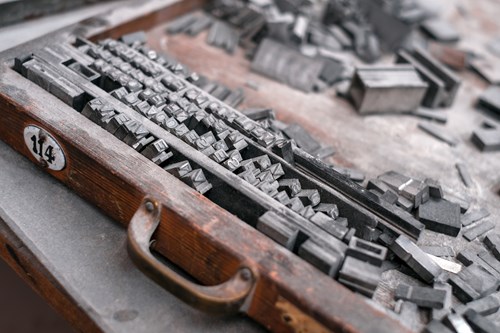 For those moving in the printing world, sort is another name for a single piece of type. When you run out of letters, you’re literally, out of sorts. This of course is very frustrating for print workers who keep impatient customers waiting whilst they source more lettering. Nowadays, when we feel under the weather or not quite right we’re out of sorts – not a far cry from those irritated workers and customers.

Come a copper is wildly held in the public’s imagination as derived from the Victorian inventor Henry Smith Cropper, who sold the Minerva platen printing press back in the nineteenth century. A booming success, soon all platen presses were called croppers, and any print worker who was unfortunate enough to catch his fingers painfully in the plates had come a cropper. Hence why we scold the accident prone among us today who fall over or fail in their endeavours.

Watching the hazardous press in action, we can see how constant use of the phrase has ingrained into our everyday speech!

So there you have it. Hopefully you’ve been enlightened on some of the seemingly strange sayings we’ve integrated into our everyday speech, and how the printing industry’s legacy is imprinted (…intended) onto our daily language!